Home » Blog » The Creek, the Cross, and the Miracle!

The Creek, the Cross, and the Miracle!

In light of the recent rain, storms and floods, Kimball and I were taken back to a frightening experience we had 25 years ago. It was during Lent in 1993 and one of those unusual times when torrential rains flowed down the mountainside, but our spirits would not be dampened. We were still excited about the day before when we had begun our four-day Lenten series with the First United Methodist Church of Garden Grove, CA. We were eager to get back on our second day of activities, fellowship, and worship. 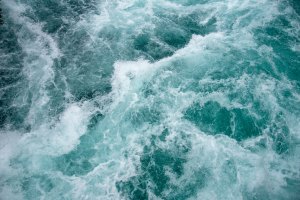 Photo by Matt Power on Unsplash

As we came to the creek’s crossing below our Mt Baldy home our hearts won out over our heads. We knew the water was higher than we had ever seen but didn’t anticipate its fierceness. We only wanted to get to the other side and be on our way.  Ever so cautiously and with hearts pounding, we started across, only to be swept up in a matter of seconds into the raging creek. After crashing into a large boulder that kept our car from going farther downstream, Kimball found his door was lodged next to the rock and he could not open it, but he managed to climb into the back seat and open its door. Holding on to the seat belt to keep him from being washed away, he made his way to a large rock and held on. It steadied and protected him from the strong current. He called for me to follow. “No, I’m afraid” I yelled! He assured me I would make it and I believed him. I, too, climbed into the back seat and held on to the seat belt as I began to slide out of our car. The fast-moving waters immediately took my shoes (my new red flats!) and I began to panic. Looking up, there he was, one arm holding fast to the rock and the other outstretched to pull me to him. As soon as I got to him, he continued making a way for us to safety through the freezing waters and through thick brush to the edge of the road.

Our small community of good friends and neighbors rallied in support of us. As soon as we made it to a clearing they began wrapping us in blankets. About eight of us stood beside the creek watching our car, which was partially submerged in 5 ft. of water, being pushed and pulled by the force of the water flowing at an estimated 60 miles an hour. How in the world did we get out?!

As the tow truck began pulling our car from the creek, we saw a cross floating around in the back seat. “Look, it’s a cross!” It was a roughly made cross from branches of a fallen tree that Kimball had made for his time with the youth to illustrate the power of the cross. Never could he have imagined how significant that cross would become! Everyone pointed with amazement and the tow truck driver shook his head, took his hat off, placed it on his heart and said, “Bless be to God, it’s a downright miracle these folks got out alive! That cross is what saved them!” We told him we were “those folks” and thanked him for his concern and caring.

We held each other tight and smiled, feeling very humbled and oh, so blessed ~ The Creek, the Cross, and the Miracle!  What an Easter Story! Never does the season of Easter come that we don’t stop our busy world and pause each day for our meditation time as we look at the cross and feel the love and sacrifice it represents.